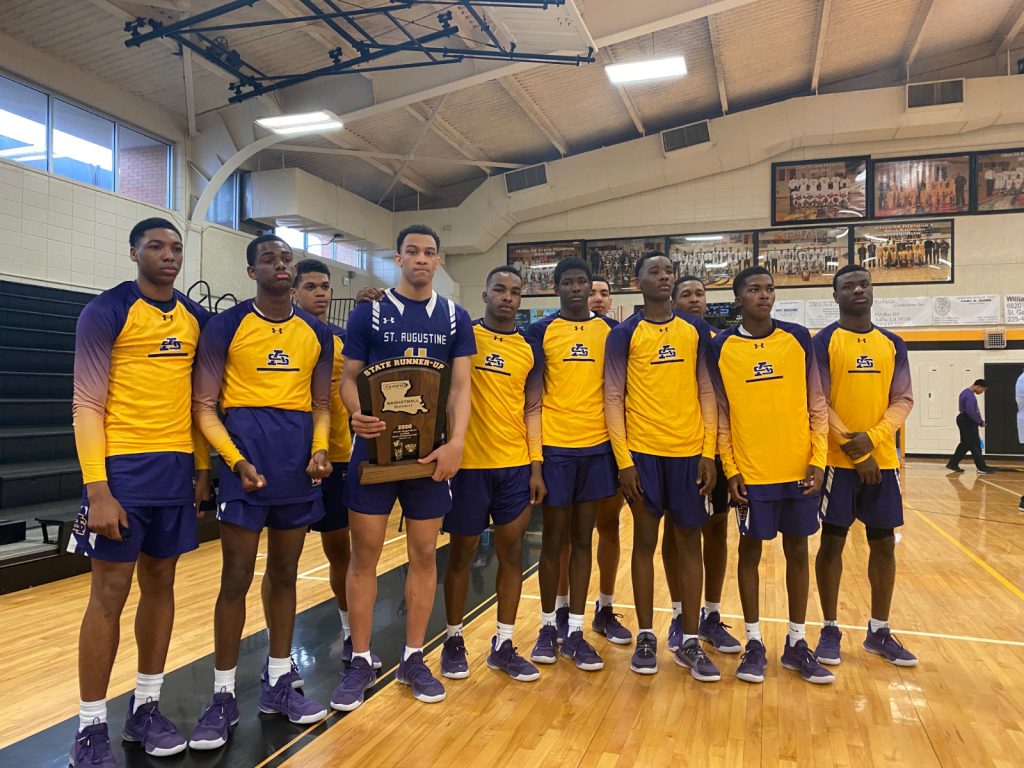 This year, was the 1st time the LHSAA determined the highest seeded team would play at their home gym, for the crown.
Factoring into the title game weekend was the coronavirus spread forcing the cancelation of the NBA, NCAA basketball seasons, MLB and the Masters, yet high school basketball would go on without family, friends, and fans to bring support.

In spite of the obstacles, the Purple Knights grew stronger and were poised to make their run, at the title, as they hit the road Saturday, March 14, to face the number one seeded Scotlandville Hornets, ranked 15th in the nation, the number two ranked Purple Knights, believed this was their Road for Redemption.

Inside an empty Hornets gymnasium, in Baton Rouge, the moment had arrived, in front of a crowd, of less than 50 people, which consisted of both teams, coaches and essential personnel from both respective schools. Our Purple Knights, battled all season to make it to the state championship game, overcoming hurdles and building team chemistry, however, the team was outmatched and swarmed by the Hornets.

The first quarter was a low scoring affair, as one might expect with no cheering families or fans in the gym. It was awkward for both teams that needed to adjust to the surroundings leading to a Scottlandville 10-6 lead over the Purple Knights. At this point, neither team had a clear cut edge, as that score could have easily been flipped in favor of our Purple Knights, as both teams were still feeling each other out.

In the second quarter, the tide would begin to change, amidst the turnovers and bad shot selection by the Purple Knights, leading to easy and open looks by Scottlandville. The Hornets played tough defense forcing the Purple Knights into uncomfortable situations and then effectively moving the basketball on the offensive side, which allowed the Hornets to get clean looks, one after the other.

Going into the half, Scottlandville held a 33-16 lead over the Purple Knights, after a 23 point second , led by Tabeion Joseph with 11 points. University of Virginia commit, Reece Beekman with 10 points, all coming in the second and Cavell Teasett with 10 points, as five three-pointers were booked, of those 23, in the quarter.

The Purple Knights were led by Jaden Clark with 5 points, D’Mari Wiltz with 4 points, Jaheim Walthers and Jason Malbrue with 3 points, respectively, as Purple Knights leading scorer, Jaron Pierre Jr, was held scoreless, for the first time this season. The 23 point quarter would be the most impactful of the game, as both teams headed into the locker rooms and the Purple Knights searched for answers.

The third quarter for Scottlandville would be the same, getting all of its offensive firepower from Beekman, Joseph and Teasett. The Purple Knights only got production from Wiltz, who scored 8 points and 2 free throws from Pierre Jr, as they were still down by a significant gap of 23 points ending the third quarter with Scottlandville 49, and St. Aug at 26.

In the fourth quarter, Pierre Jr. was finally able to get a few open looks in transition to score 9 points with another 3-pointer coming from junior guard Ashton Trufant, and a free throw by Wiltz. The Hornets continued playing with poise on the offensive side, moving the basketball and playing keep away. On the defensive end, the Hornets were still capitalizing off the Purple Knights miscues that ended with a 66-39 victory for Scottlandville and a fourth championship. The Purple Knights earned runner-up honors.

For the Hornets, Joseph and Teasett, each scored 20 points and Beekman who was named MVP, finished with 16 points.
On the Purple Knights side, they were led by Wiltz with 13 points and Pierre Jr, with 11 points.

We thank our Purple Knight Coaching staff for all your guidance and our seniors, for the leadership. We also thank our parents, family, friends and fans for your support all season long. To our returning basketball players, thank you and we look forward to your work over the offseason to improve and grow our team for next season. 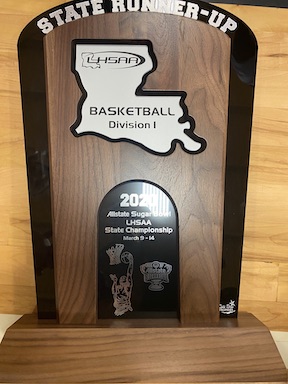 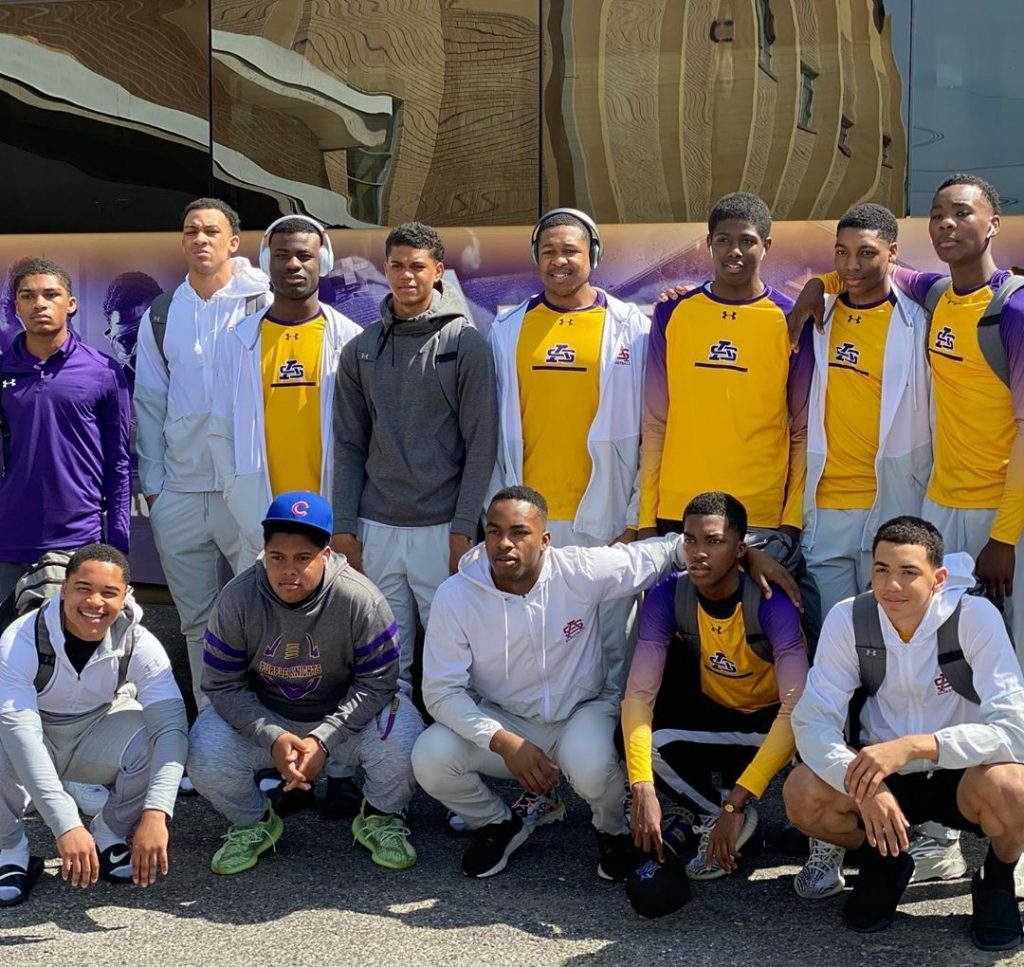