Congratulations to senior, football player Kyle Jackson, on being selected as one of McDonald’s A+ Athletes by WWL-TV. Mr. Jackson was honored at an awards ceremony and luncheon in December. We’re proud of you, #Purple! Look for MR. Jackson’s interview to air on WWL-TV on Saturday, January 20, on the 10 p.m. news broadcast and on Sunday, January 21, at 10:35 p.m. on Fourth Down on Four. 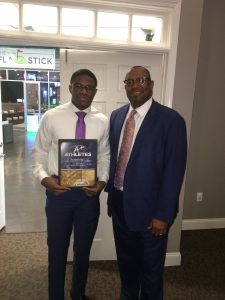