“I’m honored to be a part of a game that is so well respected around the country and to have the opportunity to coach so many great players – as well as one of my own,” Sheridan said. “The event will bring some excitement to our area during the school holiday break. The bowl is a great fit for a football town like New Orleans.”

Since joining the coaching staff at St. Augustine Sheridan has served as assistant head coach/offensive coordinator. As a student-athlete he was s member of two district championship and two state semi-final teams. Sheridan spent 11 years with the New Orleans Saints in a variety of coaching and staff positions. Following his appointment with the Saints, Sheridan continued his coaching career at Tulane University as a wide receivers coach.

LaFrance, a running back for the Purple Knights, was selected for the honor from an outstanding group of thousands of athletes across the country and played well representing St. Augustine, easily validating the Bowl Selection Committee’s choice in tabbing LaFrance for the All-American tilt.

The Offense-Defense All-American Bowl will be nationally televised at 6:30 p.m. CST on December 29, on ESPN-U. The bowl is the culmination of a week-long event. The 12th Annual All-American game is just one of many events that this week encompasses. Also included is an All-Star football game showcasing 88 of the top high school seniors in the country, and has featured current NFL pros such as Heisman Trophy winners Lamar Jackson and Cam Newton, as well as Joe Haden, Dez Bryant, and many others before they were collegiate and later professional stars.

Offense-Defense Sports has been running full-contact football instructional camps for the past 48 years and currently operates in approximately 80 camp locations nationwide all year long. 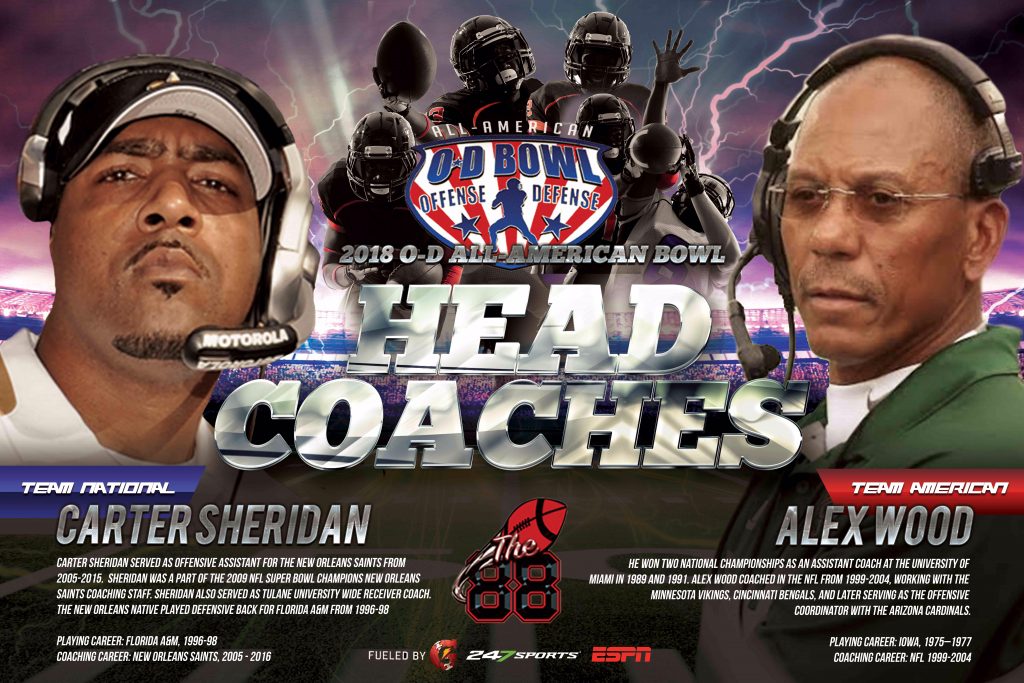