The LHSAA released the 2016 football brackets on Sunday. St. Augustine earned a seventh seed in the bracket and will host C. E. Byrd High School in the first round at Tad Gormley Stadium at 7 p.m. on Friday, November 11, 2016.

The winner of that first round game will move on to by play second-seeded Scotlandville on Friday, November 18, 2016. It would be a week two rematch for the Purple Knights and an opportunity to avenge an early season defeat at the hands of Hornets.

The semifinals are scheduled for the weekend of November 25, 2016, with the winners facing off in the Division I State Championship game on Friday, December 2, 2016, at 8:30 p.m. at the Superdome.

Click here to link to the Division I Playoff Bracket. 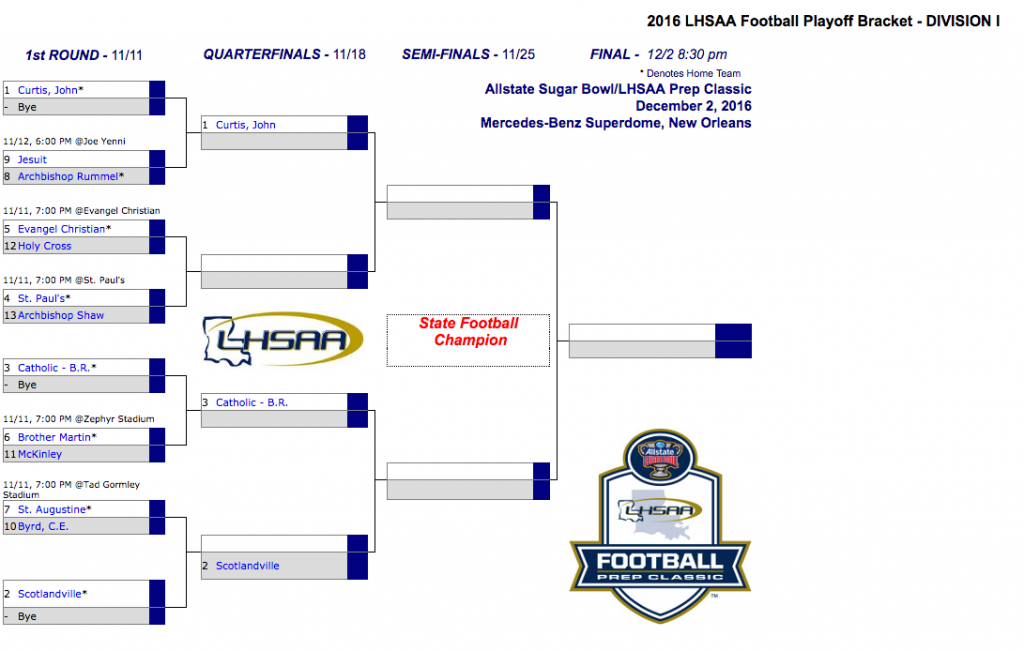