Students from both schools will portray members of the press and will help moderate the mock debate. Following the debate students will cast votes for the candidate of their choice in a mock presidential election.

This event is free and open to the public. 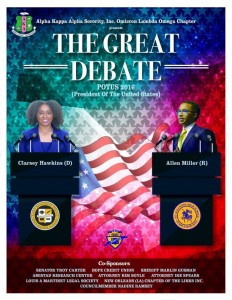